What is Fixed Mobile Convergence (FMC)

Fixed mobile convergence enables workers to use their mobile devices just like an IP desk-phone. For example, employees can transfer calls, hold a call or conduct a three-way conference call all from one mobile device. Calls made over the devices within any Wi-Fi network are also significantly cheaper than conventional fixed line rates.

The fixed mobile convergence service is available on certain types of dual-mode mobile phones. This enables businesses to take advantage of free or cheap calls in the office through the use of VoIP and Wi-Fi hotspots. Users can simply switch to regular GSM rates when outside of it.

Fixed mobile convergence allows companies to equip workers with just one communications device, one phone number, one directory and one voicemail box. Organisations that already make use of Nokia E and N series phones can simply deploy the FMC client software onto their devices for a simple conversion.

Telephony use in offices and businesses has the potential to change forever through the use of fixed mobile convergence services. There are many companies without a comprehensive fixed mobile convergence offering, thus still losing money in terms of business communications due to expensive mobile phone rates. Mobile rates do not encourage lowered business communications costs. Not many companies have a comprehensive FMC offering in the UK. In these pressured economic times it’s vital that companies have a practical way to take advantage of cheaper calls and more effective communication.

The Facts About Business Mobile Calls

Research conducted last year revealed that British businesses were leaking money through inefficient use of work mobile phones. More than 2,000 people across Britain were polled during the research and revealed that 31 per cent of employees make work-related calls from their mobiles when in the office more than two or three times a week – even when they had an opportunity to use a landline. The poll also showed that out of those employees using their business mobile phones to make calls, 65 per cent make work-related calls from their mobile phones more than twice a day.

The demand for fixed mobile convergence services has seemingly started to mirror Wi-Fi hot spot growth. The number of Wi-Fi hotspots around the world has been expected to grow by 40 per cent in 2008 (compared to 2007) with the largest increase taking place in Europe, notably the UK. Analysts are also forecasting that free Wi-Fi access will become more commonplace as organizations introduce it as a value-added amenity that locations can offer their guests, or as a way to attract customers.

Why FMC Is Ideal For Businesses

Fixed mobile convergence has been developed in response to persistent requests from the channel. FMC services are ideal for organisations that have a large roaming or mobile workforce, or for those that have multi-site and campus offices, particularly if they have high mobile bills. Fixed mobile convergence offers them much more control over their communication costs than using regular mobile lines.

You may be one of those tradeonlinemarket who’ll find an opportunity stock trading in a major trend and make millions. Of course you realize that you’ll be…

Have You Defined Your Business Marketing Goals?

Marketing is part of your overall https://businessmarketonline.com/ planning but marketing and advertising are not the same thing. Advertising consists of placing ads informing the public of your…

Getting Business Finance Through Your Business Plan

When it comes to getbusinesstoday start up the one aspect that shouldn’t be overlooked is your business plan. This key document is the roadmap for future development… 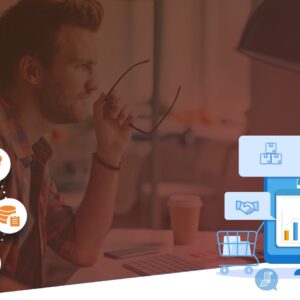 Identify the Real Potential of Your Business With Android App Development

From the very beginning, android app magento for small businesses cost has experienced an avalanche of applications submitted in the Google Play Store. The huge amount of acclamation received…